Building an Anti-Racist Church: A Talk with Adele Halliday 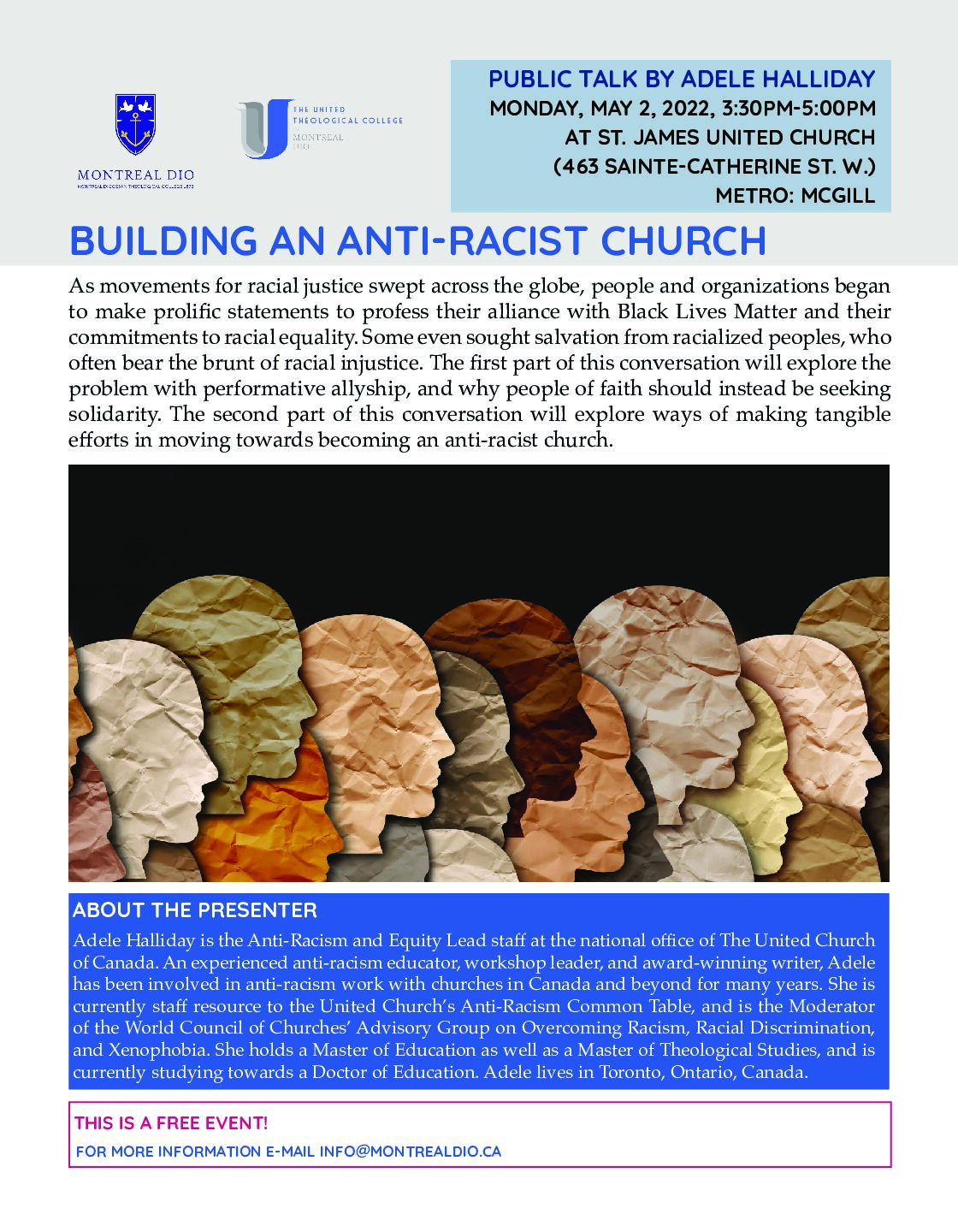 As movements for racial justice swept across the globe, people and organizations began to make prolific statements to profess their alliance with Black Lives Matter and their commitments to racial equality. Some even sought salvation from racialized peoples, who often bear the brunt of racial injustice. The first part of this conversation will explore the problem with performative allyship, and why people of faith should instead be seeking solidarity. The second part of this conversation will explore ways of making tangible efforts in moving towards becoming an anti-racist church.

Adele Halliday is the Anti-Racism and Equity Lead staff at the national office of The United Church of Canada. An experienced anti-racism educator, workshop leader, and award-winning writer, Adele has been involved in anti-racism work with churches in Canada and beyond for many years. She is currently staff resource to the United Church’s Anti-Racism Common Table, and is the Moderator of the World Council of Churches’ Advisory Group on Overcoming Racism, Racial Discrimination, and Xenophobia.