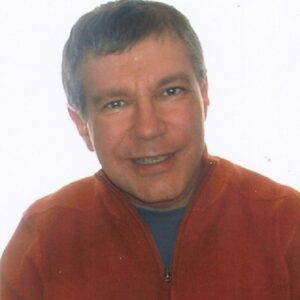 Dan’s role in Pastoral Relations is to assist the Nakonha:ka Regional Council to serve, support and provide oversight, and pastoral relations support to the Communities of Faith, encouraging and supporting Ministry Personnel toward health, joy and excellence in ministry practice.

Dan Hayward was a candidate for  ministry from Ottawa and ordained by Synode Montreal & Ottawa Conference in 2009.  He was settled in Seaway Valley Presbytery where his ministry involved closing a church building to amalgamate two pastoral charges, and supporting bringing communities of faith into new arrangements to share ministry personnel. He conducted annual interviews of Licensed Lay Worship Leaders. He served as SVP Chair of Archives, Chair of Vision and Transformation, Chair of Education and Students,  and 2011-2012 Chair of Presbytery thus serving on the Conference Executive at a time when there were discussions on the Sacraments Elder policy.  He also has experience with a review of ministry personnel and a review of a pastoral charge.  Locally he has supervised a candidate for ministry, been a pastoral charge supervisor assisting communities of faith, and served on a search committee.

Dan was on the General Council Executive from 2015-2018 and a commissioner to GC 41, 42 and 43.  He become a member of The General Council Theology and Inter-Church Interfaith Committee in 2012 and has been the Chair since 2015.  They have addressed national concerns such as the Anglican-United Church Dialogue’s report on Ecumenical Shared Ministries, debates over implementation of General Council resolutions on licensing for sacraments, part of the Working Group on Theologies of Disabilities, a member in 2015 of the GC delegation to China and part of the negotiating team for Full Communion with the United Church of Christ (USA).

The strength of his commitment to the Church, and to its expression as The United Church of Canada, is evident from his years in governance structures and in theological, ecumenical and interfaith work.