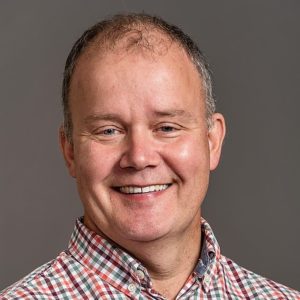 Roger supports churches and individuals in all areas of stewardship whether that be setting and reaching mission and service goals, developing an annual budget or leaving a legacy gift.  Learn more about the programs and services the philanthropy unit offers.

Roger Janes, a graduate of Memorial University of Newfoundland and The Atlantic School of Theology, was ordained in 1990. He served 7 years on the Bonne Bay Pastoral Charge – a 5 point rural pastoral charge in NL. In 1997 Roger began a new ministry with the NL Conference as Program & Leadership Staff. He served in that position for 18 years. Approximately 1/3 of that position was as a Stewardship Staff resource. In October of 2015 Roger began a new position – Stewardship & Gifts Officer for the Atlantic Region. Roger is now serving the same role with Conseil régional Nakonha:ka Regional Council.

Roger lives in Grand Falls-Windsor, NL with his partner Colleen and two children: Mark (21) and Megan (19).